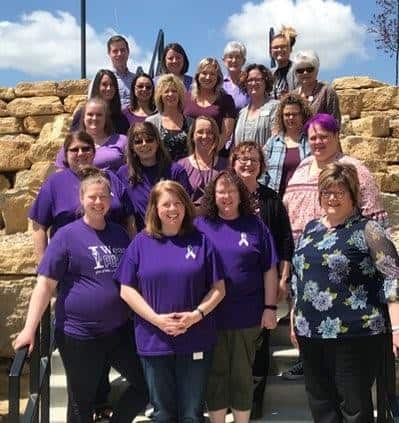 MONROE — Every year one in 10 older Americans are victims of elder abuse, neglect or exploitation. And that’s only part of the picture: Experts believe that for every case of elder abuse or neglect reported; as many as 23.5 cases go unreported.

In 2006, the World Health Organization at the United Nations launched the first World Elder Abuse Awareness Day on June 15 as a call to action for communities around the world to unite in raising awareness of this global human rights epidemic. In 2018, Green County received 138 reports of abuse, neglect, exploitation and self-neglect of seniors in the community.

Green County formed the Elder Abuse Prevention (EAP) I-Team in 2002 with the goal of raising awareness and promoting prevention.  The Green County EAP is made up of concerned citizens, local banks, law enforcement, agency providers and medical professionals.

To raise awareness locally, the Green County EAP I-Team annually sponsors a coloring contest for fifth and sixth grade children from schools in addition to a T-shirt design contest for the Monroe High School. Winners from each school are presented with award baskets donated by local businesses passionate about the issue of elder abuse.

This year, the coloring contest participants included students from the Brodhead, Juda, Monroe, Monticello and St. Victor’s Schools. The EAP I-team asks students to look out for the seniors in their lives and tell someone when they see an elder harmed.

To show support in the fight against Elder Abuse by wearing purple June 15. Look out for the elders in the community. Those who see something concerning should call.

For more information or to report a concern, call the Aging & Disability Resource Center at 1-800-514-0066 or adrcscwwi.org.

Talk with a friendly professional toll-free: